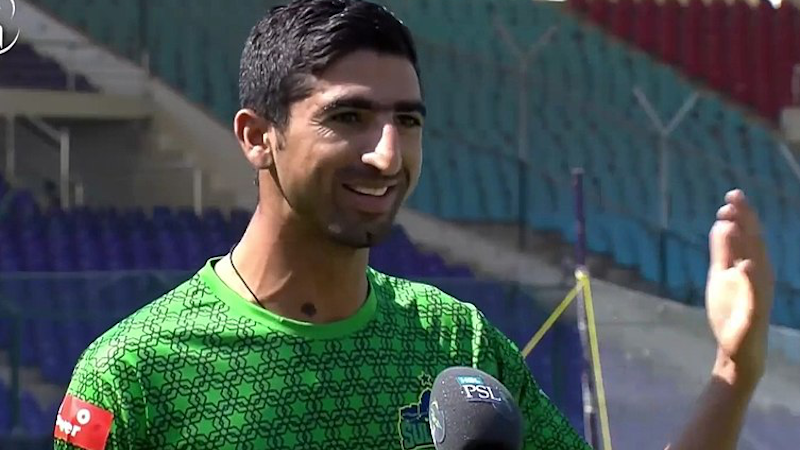 Dahani is a natural talent and emerging player of Pakistan cricket. He has also become very famous on social media because of his naive, simple and down to earth nature and character. Instead of praising his niceness, simplicity and extra-ordinary performance in PSL, the biased entities and people from the media and cricket used to criticize him for making him feel downgraded. Conspiracy and propaganda against Dahani are happening according to a plan and already defined strategy by the Pakistan Cricket Board (PCB) lobby group and the so-called democratic government of the country. However, he has not been given a fair chance in international cricket as a part of playing eleven teams of Pakistan to prove his talent. He has yet been given an opportunity in two matches in two series, one against Bangladesh and one against West Indies.

After these two series, the Pakistan team has played many series, including a series with Australia in Pakistan, but Dahani does not remain a part of the team. Many informed players were part of a team who had not performed well in previous multiple series.

Many players in the past accused the Pakistan Management of favouritism, such as Pakistani cricketer Junaid Khan has labelled severe allegations against the team management and captain. He said that “It is like if you are on good terms with the captain and team management, then you will probably get a proper chance in all formats to prove your worth and if you do not have close relations with them then you are in and out”.

Another Pakistani player Yasir Arafat also accuses Pakistan cricket of favouritism. He claimed that “the team management over the years has fast-tracked certain talents and overshadowed those more talented and deserving of playing for the senior team”. Similarly, Muhammad Amir and Muhammad Asif also accused the Pakistan Cricket Board (PCB) of nepotism, favouritism and lobby groups. Amir slams the country cricket board for selecting players on prejudice rather than experience and talent. He further explained that players in England, New Zealand, India, etc., are set on skill and experience. Still, in the case of Pakistan, the criteria of selection are nepotism and discrimination. Furthermore, Asif said that the players in the Pakistan team were being picked up on contacts and slammed their selection policy. Likewise, numerous players accused PCB of nepotism and bias.

Lobbies are working in every department of Pakistan cricket which is ruining talented players in the country, from the chairman of PCB to district association heads, to the team management and players. They are responsible for heinous politics in the selection criteria. In the same way, some lobbies influence the Board of Governors of the PCB, some hold sway in the selection matters, and some in administration. As a result, the level of merit has been demolished in the PCB for several decades. Newspapers and other social media platforms often portray the news of the injustice and bias of Pakistan cricket. Still, they keep manoeuvring things with no fear of any accountability and therefore, mistakes after mistakes go unnoticed and unchallenged. Injustice and bias in PCB have led to the loss of many talented players who could have done so much better for the country.

Other countries of the world, where politics and cricket are two separate things, regard natural talent without any nepotism, favouritism or political interference to produce the most advanced and expert cricket players. While in Pakistan, the case is different where talent is sacrificed in the name of nepotism and favouritism. Moreover, brilliant players are ignored because they do not have support from political persons or strong lobbies of Pakistan cricket.

Whosoever thinks that they could achieve their goals by marginalizing the real talented players and giving chances to players on nepotism and favouritism, then sorry to say that either they have not gone through the history properly or misunderstood it and are ignorant of history. They might achieve their short-term goals and be happy that they are playing tricks with these marginalized brilliant players, but in the long term, they do not think about how much loss the nation will suffer because of this. These policies and actions will destroy the deserving players and Pakistan cricket. Injustice and bias should stop on an immediate base. Therefore, PCB should encourage and give a chance to excellent and talented players such as Shahnawaz Dahani in the Pakistan cricket team as the future of not only those players but cricket in Pakistan could be saved from disaster.

*The writer is PhD Scholar at the Department of Defense and Strategic Studies, Quaid-i-Azam University Islamabad, Pakistan.

Italy illuminated by water light festival in the Alps

From South Africa, A Success Story For Democracy – Eurasia Review