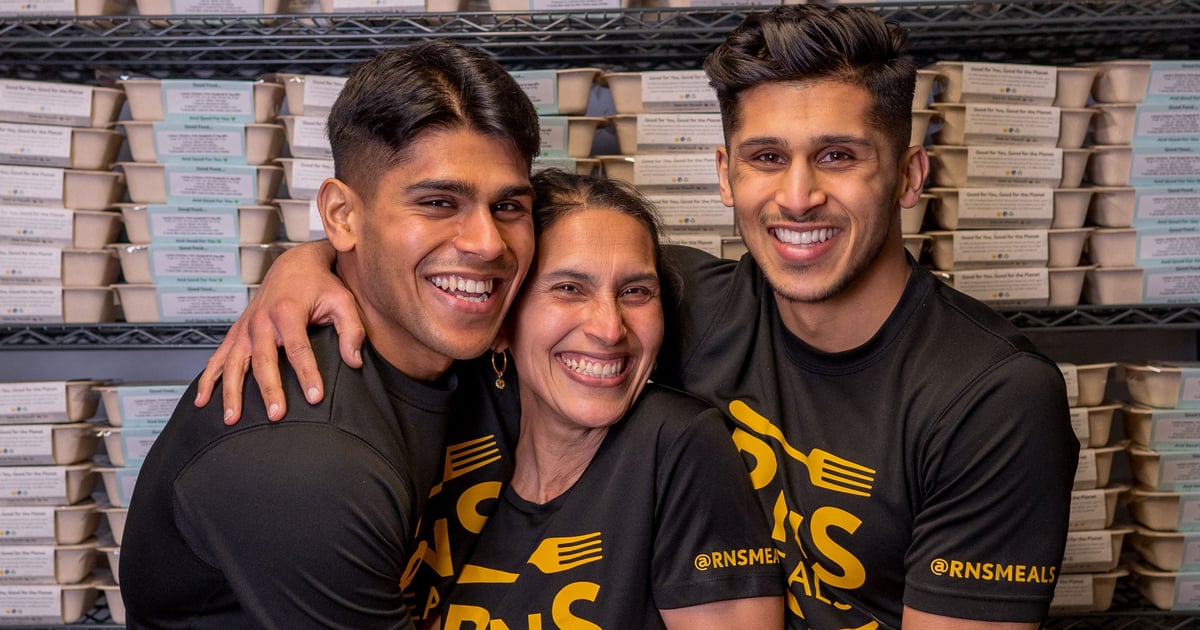 For the majority of Asian mothers (especially those who immigrated to the UK), looking after their kids is their number one priority. Protecting and providing for their children comes before all else, and it especially comes above job satisfaction and career goals. For many immigrant parents, qualifications they gained in their home countries don’t hold the same weight in the UK, which means it can be difficult to get employment outside of retail or administrative roles. This leaves them unfulfilled and typically means they stay in service jobs for far longer than they’d like to.

For Simmy and Jhai Dhillon, founders of RNS Meals, this issue is something they desperately wanted to tackle for their mum, who now works full time for their food delivery business. Founded in 2017, the meal company aims to provide quick and healthy home-cooked meals for those who struggle to dedicate time to healthy eating. We caught up with Simmy and his mum, Kal, to talk about their journey from starting RNS at home to working on it full time and the difference the business has had on their personal lives.

POPSUGAR: Simmy, tell me a bit about why you started RNS?
Simmy Dhillon: I went to university and Jhai didn’t — he went straight into playing professional football for Stevenage, a local club, so he was still living at home. I then dropped out of Warwick university in January because I didn’t like it, and then I had a six-month gap [before going to Bristol] where I didn’t have anything to do. For me, it was the first time that I’d “failed”, and I really wanted to make up for it because I felt like I was going to be a year behind everyone. During that year, I had this urge to do something productive to make the year not a waste, so I said, “OK Mum, let’s do something together. Let’s find you a new job. You’ve done all this stuff for us, so what can I do for you?”

We started exploring more paths, and whenever I’d ask, “Do you want to do this?”, we would find out, “Oh wait, you have to have a degree,” or, “You have to have this qualification,” or, “You have to have 20 years of experience.” We were just like, “What about if we could go to university and do an Open University degree?” or something, and then we realised, “Oh wait, to get into that, you have to go to college for two years.” It just felt like there was nothing that wasn’t really inconvenient. I remember saying to Mum, “You know what, the job market just isn’t set up for someone like you at this stage [in your career]. The best thing you can do is wait for me to have my own business, and then you can work for my business.” I said that as a joke, but then obviously, it happened! 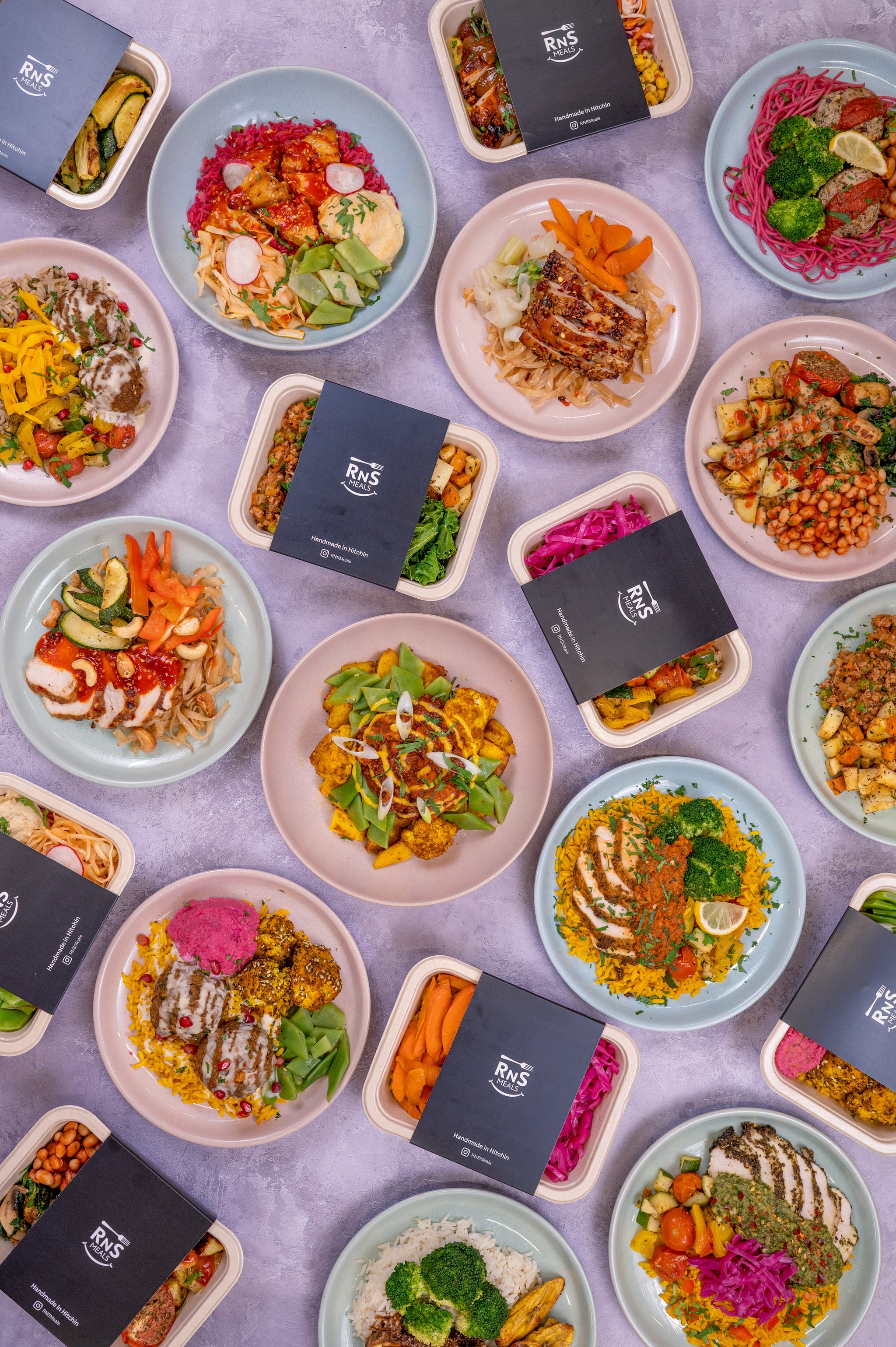 PS: Talk about manifesting! Where did you get the idea to create a food company?
SD: I went to university, and when I was there, food had been a big passion of mine. We’ve always been very entrepreneurial, selling sweets at the playground, and Mum has always been very supportive. When I got to university, I was like, “I’m going to start this food thing, so Mum, can we do some recipes together?” And we started doing it. It was going really well for a couple months, and everyone was loving it, so then I said to Mum, “I’ll do all the sales stuff and I’ll just tell you when to do the prep, and you cook it.” We started that, it was us three and we were just cooking together, delivering and over the summer holidays, and it was going really well.

PS: Kal, how does it feel to be one of the faces behind RNS?
Kal Dhillon: Privileged, empowered, and respected. Also constantly excited because every day, there are new things to learn and new challenges.

PS: What do you think has changed about the way we approach the working world and our careers, compared to when you were just starting out in the workplace?
KD: There’s a lot more freedom and choice now. Thirty years ago, most people were encouraged to find a stable and secure job. If you worked hard, you would slowly progress, but everything was quite predetermined. There was almost a fear about deviating from what was normal. Now, technology means we have so many more options, you don’t feel trapped or tied to one job.

PS: Simmy, at what point did your mum join the business full time?
SD: Mum had been going into Tesco four days a week; eventually, we were like, “Just go three days. Why not just two days? Why not just one day?” And then we were like, “You know what? Just quit.” We retired her from Tesco to work on RNS, but she was still doing a job. 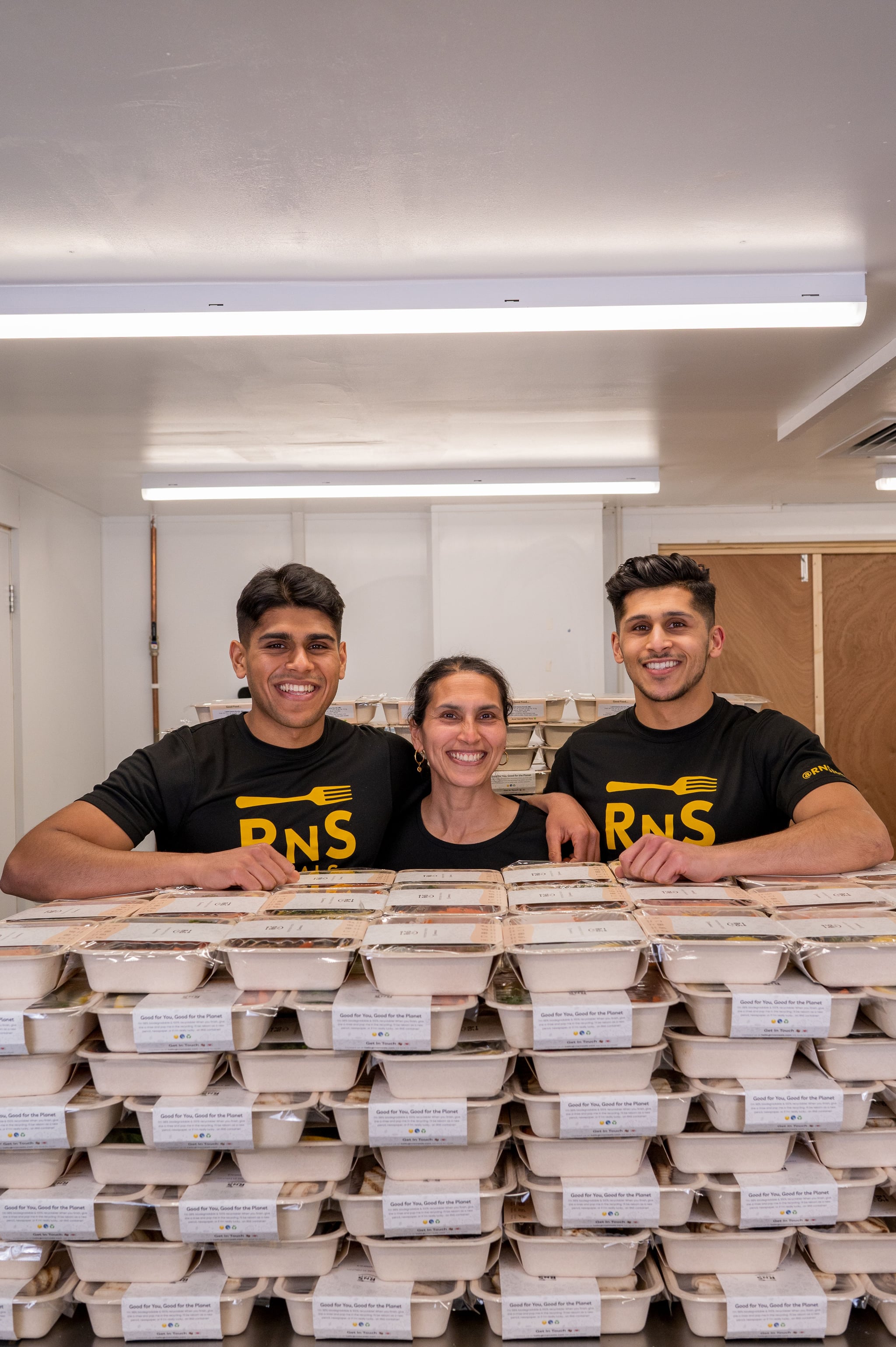 PS: How do you think having your mum more involved has changed things for her?
SD: It’s quite nice how basically in the last four years, she’s gone from just taking on all of this to now actually being a manager and leading people. We actually hire quite a few Asian mums in the kitchen, mums who put their career on pause. When they get to their late 40s and early 50s, they have so much potential and they have so much value to provide to businesses, but businesses just won’t take them for some reason. We see the value of these kinds of people and give them responsibility, and we know they’ve actually got so much more to give.

A big thing for us with Mum has been seeing how her confidence has increased a lot over the last four years. Often she would just be reading something. She’d be like, “Oh, should we do this in the business?” Or, “Should we do that in the business?” And we say it as a bit of a joke, but we’re like, “We’ve got another cofounder, there’s three of us now.”

PS: Kal, what do you hope that your involvement [in the company] does for other older women not sure of what they want to do with their career?
KD: Raise awareness of alternative paths and hopefully inspire women to not settle for less than they are capable of. There’s no limit to what you can achieve, no matter your age, gender, or background. If you feel like you can do more, then give something new a go. Don’t be worried about what others might say or fear of failure; you can always go back to what you were doing before, but if you don’t try, you won’t find out what could have been!

The Best Light Up Candles 2021

UK Homeware App Narchie Is the Future of Interiors Shopping 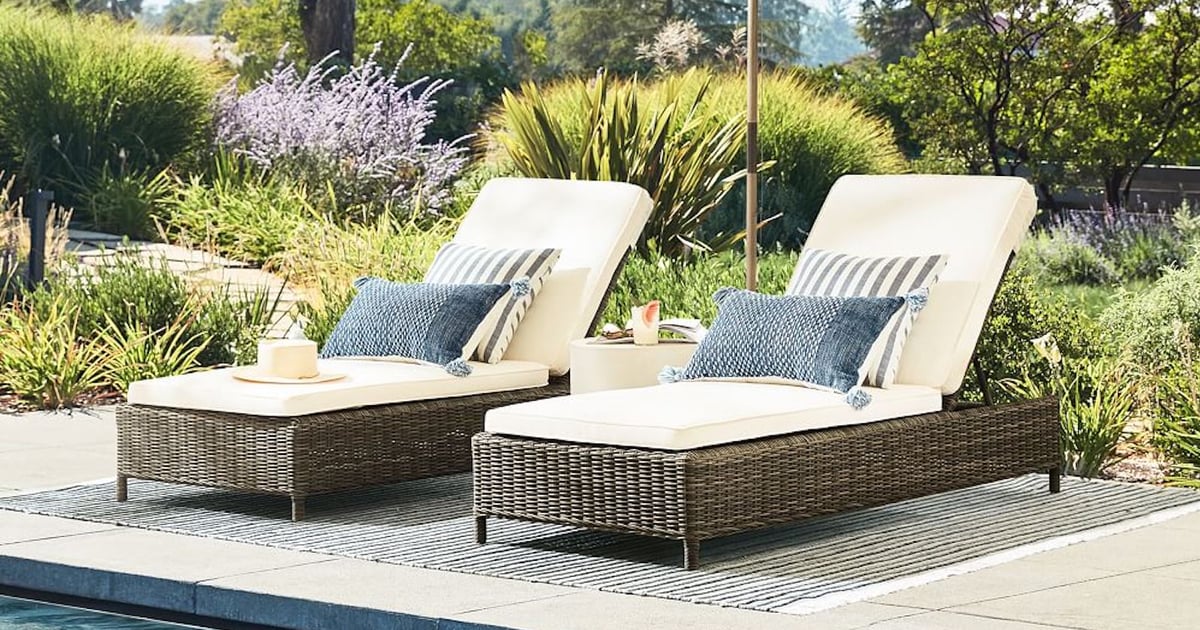 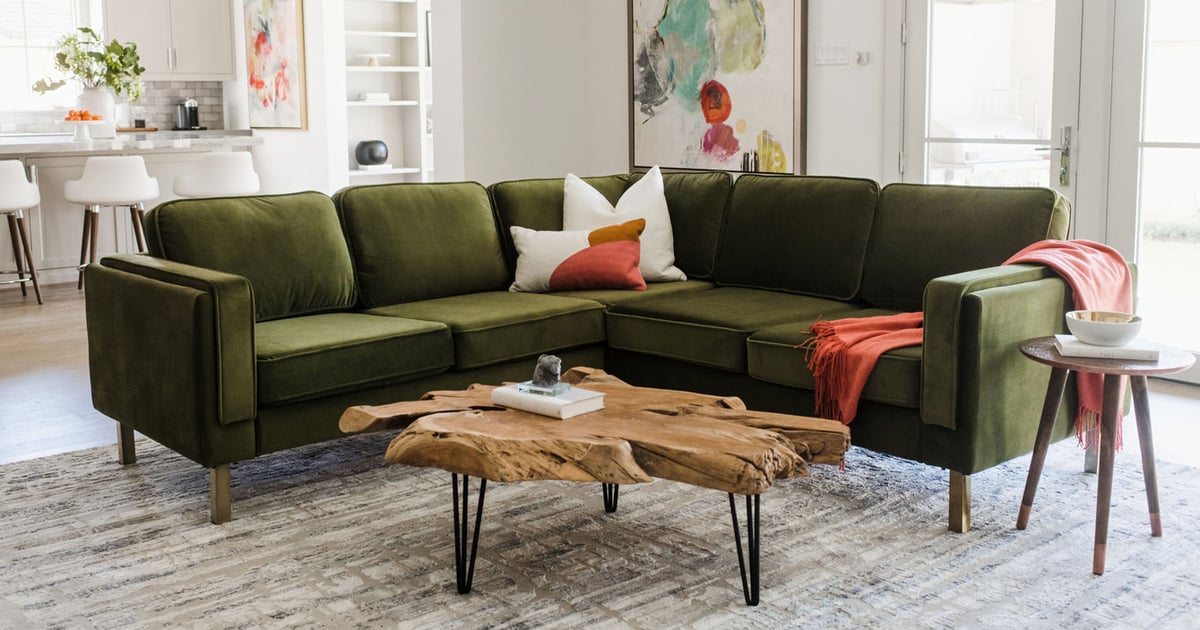 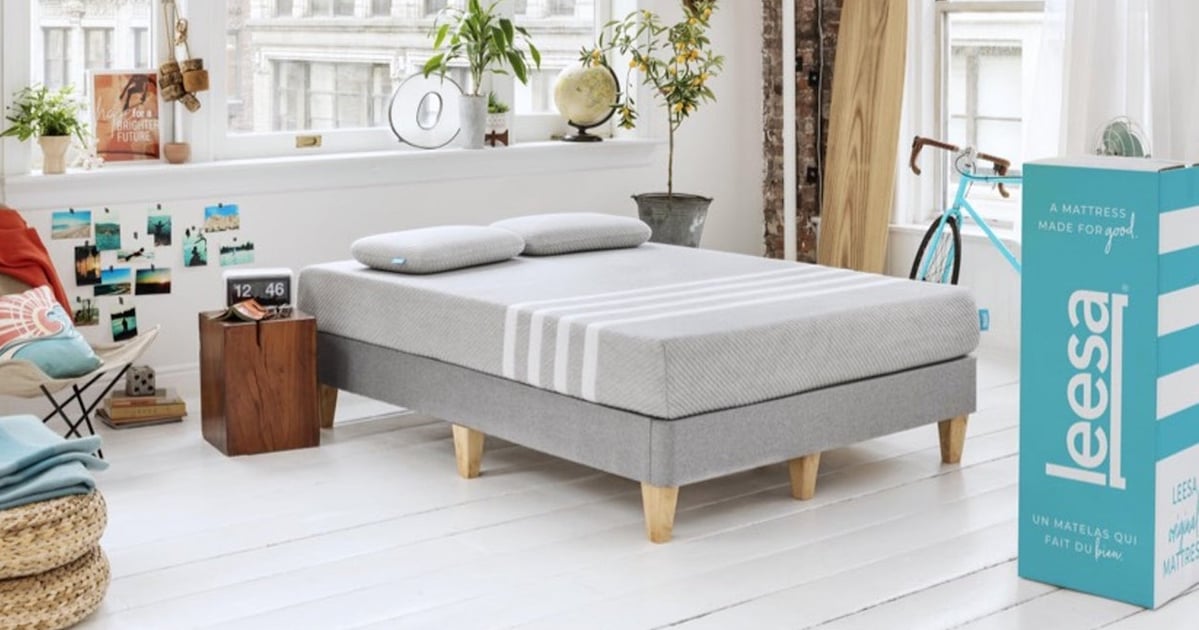 The Best Mattresses on Sale For Memorial Day Weekend | 2022 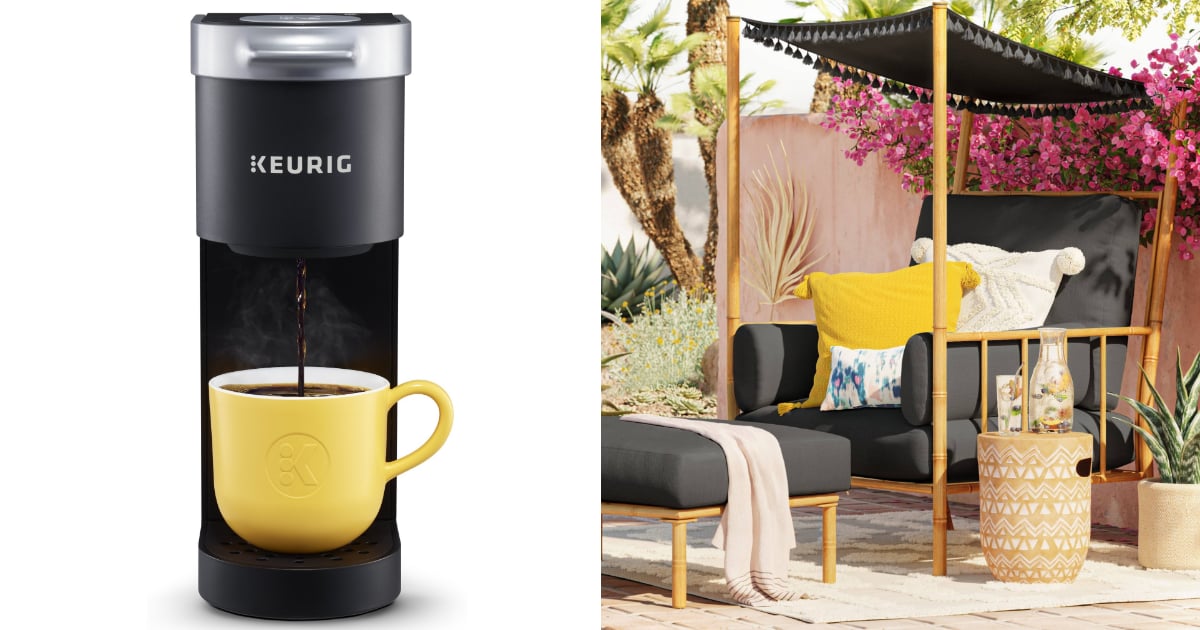 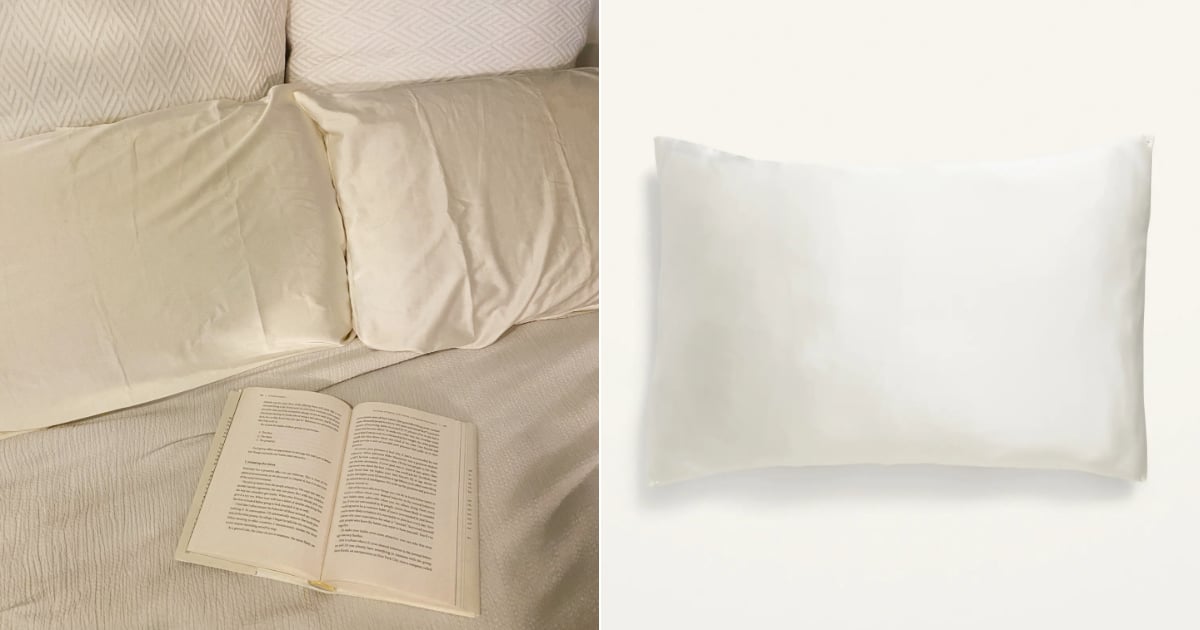 UK Homeware App Narchie Is the Future of Interiors Shopping